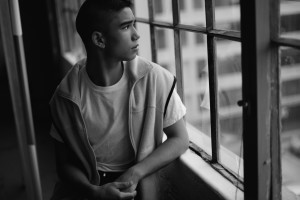 Anxiety is one of the most widespread mental illnesses, effecting the majority of the population at one time or another in their lives. Anxiety varies greatly in the types of symptoms it manifests, and in the subgroups of anxiety disorders such as Panic Disorder, Generalized Anxiety Disorder, and Post-Traumatic Stress Disorder (PTSD).

Anxiety can best be described as a sense of worry, foreboding, or fear that is not related to an actual, current threat to one’s safety or security. Individuals with anxiety often feel a pervasive sense of impending doom even when they are unable to describe the specific nature of the threat.

It is important to distinguish anxiety from fear. Fear is a very healthy, adaptive emotion that tells us when there is an immediate threat to our well being. Fear is the emotion that tells us we are in danger and activates our brains and our adrenal glands to kick into “fight or flight” mode to save ourselves. It rushes adrenalin through our system, which then activates our nerves and muscles and prepares us to do battle. Our heart rates quicken, our muscles tense, and we become hyper-vigilant. This is all very adaptive if there is an immediate threat.

Anxiety is in play when all of these responses occur in our bodies and brains, but there is no threat or danger. Anxiety gives us all of the feelings associated with the “fight or flight” response; however it is generated in our brains in the absence of danger. Individuals who suffer from anxiety often go through life feeling these intense emotions and are unable to “turn off” the sense of impending danger.

Symptoms of anxiety vary greatly, but can often include hypervigilance, difficulty sleeping, difficulty with concentration, muscle aches and tension, headaches, and nausea. When these symptoms persist over time, a diagnosis of Generalized Anxiety Disorder may be appropriate.

Panic Disorder, a subgroup of Anxiety Disorder, causes individuals to experience discreet periods of intense panic, chest pains, difficulty breathing, sweating, and the feeling that they are “going crazy” or dying. These episodes often only last seconds or minutes but can be extremely frightening and debilitating to the sufferer, causing them to avoid places or situations they fear may trigger panic.

Post-Traumatic Stress Disorder (PTSD) is another type of Anxiety disorder that often occurs after an individual has experienced or witnessed a significant trauma. The symptoms include hypervigilance, nightmares, flashbacks, and avoidance of situations that remind one of the trauma. People with PTSD may also experience a blunting of emotion altogether, and general withdrawal from people or activities they previously enjoyed.

Although Anxiety Disorder can be extremely debilitating, there are many effective treatments that reduce symptom severity and duration. Counseling offers a number of effective treatments, including Cognitive Behavioral Therapy (CBT), and Eye Movement Desensitization and Reprocessing (EMDR). Counseling can provide individuals with skills and tools to not only alleviate symptoms, but to prevent them from recurring.